“We’re constantly working to deliver a continuous history of capable, strong and smart trucks designed to make the F-150 customer even more productive,” said Todd Eckert, director of marketing for the Ford Truck Group, in a statement. “This summer we’re delivering three new features all about enhancing the F-150 customer experience while delivering even greater confidence when towing and hauling.” 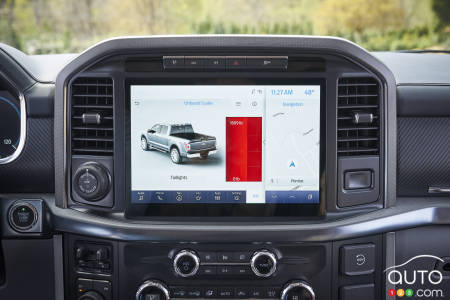 A scale
The first of these features is a programmable onboard scale system, which monitors the weight (or payload) of cargo placed in the vehicle’s bed.

After programming the allowable weight on the central dashboard touchscreen, or using the FordPass app on a smartphone, the user can monitor that data in real time on either of these devices.

In addition, four light-emitting diodes (LEDs) housed in the taillights act as indicator lights to tell those doing the loading whether or not the weight limit is being met. For example, when all four LEDs light up and the top one flashes, the truck is overloaded! 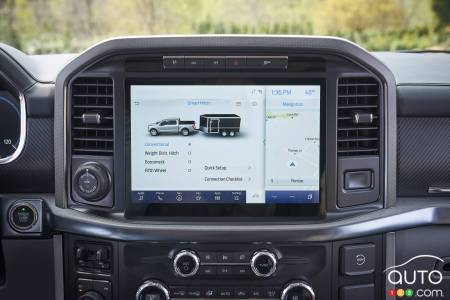 A smart hitch
Another new original device aims to facilitate – and make safer – the coupling of a trailer. It’s called an intelligent hitch, a system exclusive to Ford in this category. The device measures the weight at the trailer’s drawbar during the hitching operation to help the user better distribute the weight in the trailer.

To use it, the user must first set up the trailer type on the centre touchscreen or on their phone, again using the FordPass app.

During hitching, the vehicle’s onboard computer calculates the tongue weight and displays recommendations on the screen or the FordPass app about weight distribution or hitch overload. The four LEDs in the taillights also serve here as indicator lights to guide people around the trailer. 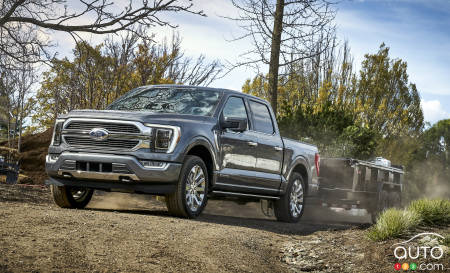 New damping system
The third new feature offered by Ford also concerns towing. The continuously controlled damping system is designed to make towing heavy loads a more positive, reassuring experience, since it controls unwanted movements caused by bouncing, rolling and pitching through the action of the shock absorbers. According to the manufacturer, the driver also benefits from more precise steering, even when towing a heavy load.

All three of these new optional features will be available for order in early June for delivery by late summer. In this week’s announcement, Ford of Canada did not disclose the price tags that will be attached to these options. Stay tuned for those. 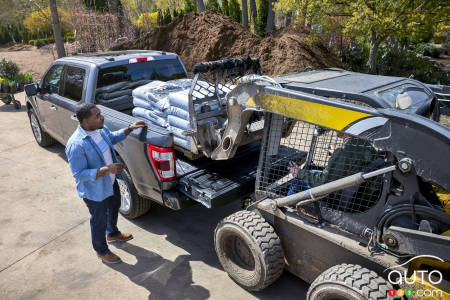 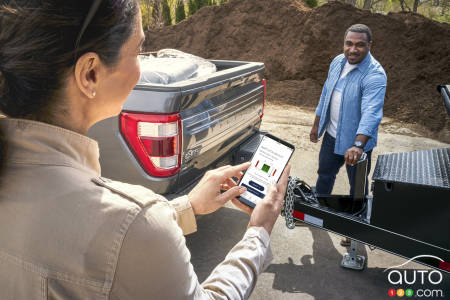