The General built the fourth-generation Chevy Camaro for the 1993 through 2002 model years, with reasonably strong sales numbers at first and then a gradual decline as the 21st century approached. These cars were much more sophisticated than their predecessors, but car-shoppers’ tastes had moved away from sporty coupes since […]

The General built the fourth-generation Chevy Camaro for the 1993 through 2002 model years, with reasonably strong sales numbers at first and then a gradual decline as the 21st century approached. These cars were much more sophisticated than their predecessors, but car-shoppers’ tastes had moved away from sporty coupes since the years of six-figure annual Camaro sales. It’s no sweat to find these cars at the big self-service car graveyards I frequent, but I had been ignoring them in favor of documenting the second- and third-generation Camaros. Today’s car, located in a yard in the shadow of mighty Pikes Peak in Colorado, grabbed my attention with its screaming orange paint and location at the end of a row in the GM section. 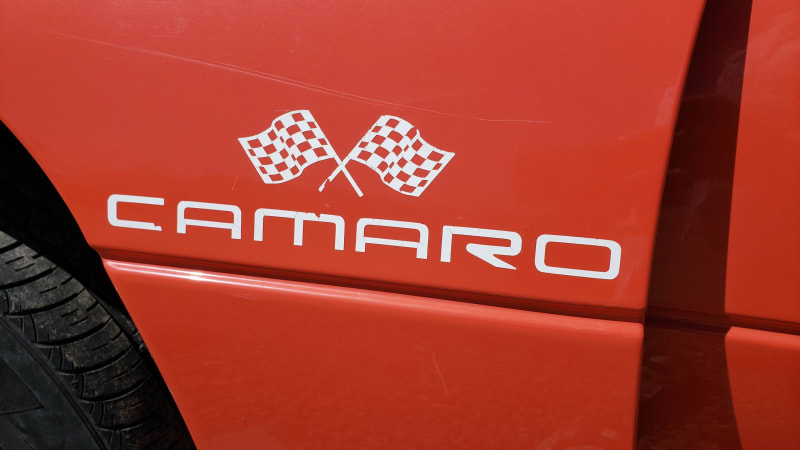 I’m pretty sure the stripes and fender graphics came from a place other than the assembly line, but the vivid Hugger Orange paint is all original. The Chevrolet Division’s marketers called the 1969 Camaro “The Hugger” as a reference to its allegedly superior handling characteristics, introducing a new shade of orange paint that year. 30 years later, Hugger Orange returned to the Camaro. 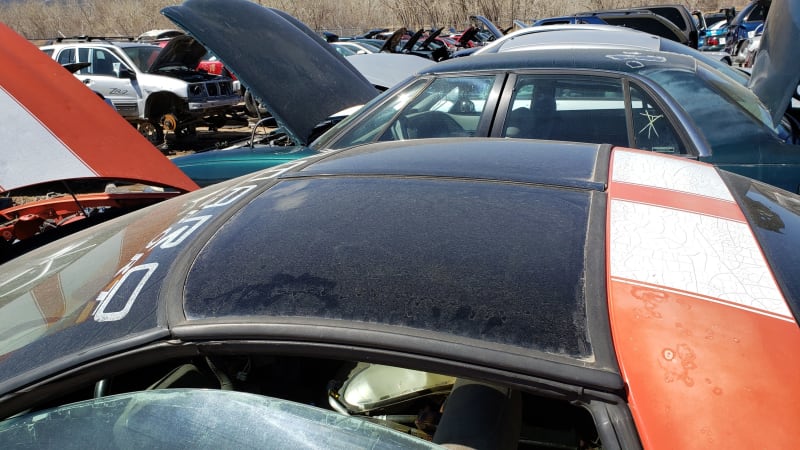 Yes, you could still get a Camaro with a T-top roof as late as 1999, and the original purchaser of this car did just that. Those sport-compact kids in their Integras and Celicas must have felt envy. 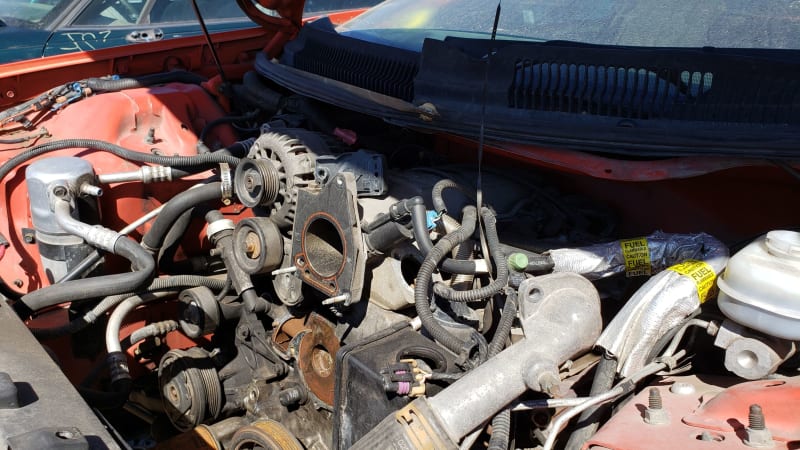 The fourth-gen Camaros and Firebirds were quick as hell with V8 engines and very satisfying for burnouts in the convenience-store parking lot, but this car has the base 3.8-liter Buick V6. This engine goes way back in GM history, and by 1999 it was making better power than a lot of the V8s used in earlier Camaros: 200 horsepower in this car. Note how far back in the engine compartment this 3800 sits; you get great weight balance that way, but engine swaps must be performed from beneath the car. 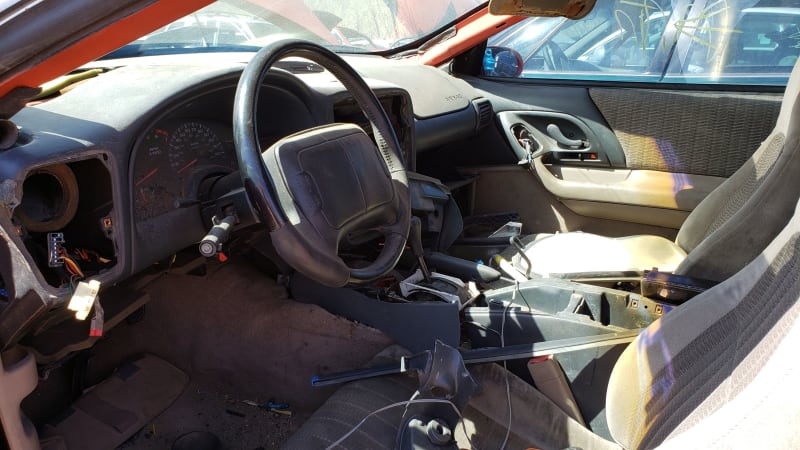 The base transmission in the non-Z28 1999 Camaro was a five-speed manual, but — as you’d expect — just about everyone sprang for the optional four-speed automatic in these cars. 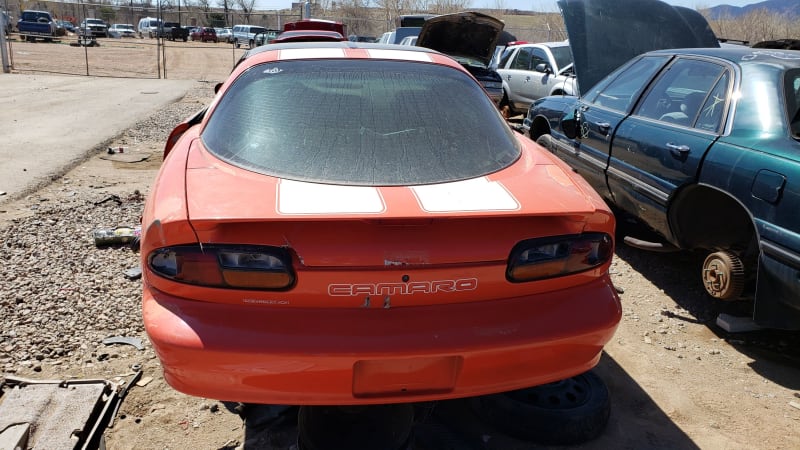 I haven’t seen any fifth-generation Camaros in these yards yet, which means they’re holding their value well.

The same kind of freedom you got while riding with a pack of bikers, but with generous lease terms. What’s not to like?